Top
Home  >  Blog   >  Everything You Want Requires Some Struggle

Everything You Want Requires Some Struggle

I remember when I’d lost 20 pounds in six months, my friend had asked for my secret because she, too, was desperate to lose weight.

Did you take a pill?

Did you go on a green tea diet?

Did you eat protein bars as your meal?

Based on the way she formatted her questions, I could already tell she was looking for a shortcut — an answer she wanted to hear that was easy enough for her to do.

Of course, I didn’t mind sharing my secret (spoiler alert: intermittent fasting + workouts) with her to get her started. I mean, she did take the initiative to ask. But, was she even ready to hear the truth? Because the thing was, I didn’t do any of what was mentioned above. No pills. No green tea. No protein bars (yuk!). All I did was stick to the routine, of fasting for 16 hours and working out for an hour, every single day. Nothing else.

When I told her about this, describing into finer details as to how I felt in the beginning and what I did to overcome the difficulties (hunger pangs, mid-afternoon fatigue) I’d faced, she merely nodded, indicating to me that she understood when in reality, she looked even more confused. Distressed, even.

I don’t blame her for feeling this way. Most people in the world wouldn’t want to “starve” themselves for two-thirds of the day, let alone, drive to the gym to pulverize their bodies.

But it made me wonder:
Why do many of us prefer to take the easy route in life? Why do we try to avoid the pain and the struggle that usually come with the price of “success” (our deepest desires)? Doesn’t it make us stronger in the end to have endured the hardest?

Seth Godin, one of the greatest philosophers and writers of our time, answers this with a simple yet profound observation: Most people are focused on avoiding short-term pain than they are achieving long-term success.

When we see something we truly want, our minds don’t just shout at us to “GO FOR IT!” No. It stops to think about the immediate consequences. This includes guesstimating the amount of time it takes for us to achieve our goal, envisioning the necessary sacrifices we need to make (reducing TV time, cutting sleep) for it and coming up with Plan B if, let’s say, things don’t go according to Plan A.

We try to play out, to the best of our imagination, how things will turn out and determine from that point whether or not it’s worth it for us to proceed — similar to what our ancestors did whenever they discovered a hidden cave or a strange-looking mushroom. But instead of worrying about what we worry about, they ask themselves: Is it dangerous? Would I get hurt? Would I die?

Obviously, we’re lucky enough to be living in a world that no longer requires us to put our life on the line for the sake of upholding our honor or protecting our tribe. The modern laws and technology we have have made it so much easier for our generation, as well as our future generation, to find perfectly safe-to-eat foods at every store and to roam around freely (within good judgement) without being ambushed by hostile threats.

But yet, despite how safe we are in today’s society, we’re no more courageous than our ancestors because deep within every one of us still lingers the primal feelings of anxiety, of distress, whenever we encounter the unknown.

The only difference (between our ancestors and us) is that we overthink everything, to the point where we overwhelm ourselves with self-doubt and excuses not to do it. It’s too hard. It’ll take too long. I lack the skills. I lack the resources. It’s not the right time. We become so damn focused on the negative aspects of a decision — the pain and the struggle — that we completely forget about what lies beyond the finish line. And so, we end up doing what feels right — we give up.

But Tiffany, what about the people who hate their job but still do it? How is it that they can withstand the short-term pain of a job they don’t like, every single day? Clearly, they understand the benefits of going to work because money can bring them a better future. But why is it that they don’t stop? Why do they keep working even though they’re clearly unhappy and more often than not, overworked?

That’s a good question — I’d like to understand that too.

How is it that some people can withstand the short-term pain of a job they don’t like and not something they badly want for themselves, given that both of them offer something worthwhile in the long run? There has to be something that drives us to do the things we do while continuing to do them, right?

Well…from what I understand about people, we are very adaptable. Put any one of us in a brutal environment or to a boring task and we’ll survive. That’s why there’re people living in areas as cold as -90ºF and people who’ve spent their entire life practicing one craft. We can endure harsh and mind-numbing conditions; it’s just that if we’re given a choice to put ourselves in these situations (even if it’s to pursue something greater), we’d rather not.

But there’s something else too, something more impactful yet goes unnoticed by many of us, that gives us the motivation to continue doing what we’re doing, even if it makes us miserable from time to time, and that’s realizing that everything you want requires some struggle.

That relationship you want to be happy in, that car you want to drive, that house you want to live in — all of these require you to “work” for it. It might not feel like you’re working your ass off to attain these things, perhaps because you’re already working towards it, but if you think about it logically, it’s still a struggle. You’re still devoting part of your time, effort and talent for something you badly want.

Olympic athletes and successful CEOs — they struggle too to be at the top of their game, doing what other people are not willing to do, like waking up before sunrise, taking brutally cold showers, staying behind (while everyone else leaves) to practice or work for another 30 minutes. They have come to accept the struggle as a prerequisite for success and will do whatever they could do to get what they want.

So you see, the struggle is the same for everyone despite what they want — be it a bigger paycheck, a nicer body or greater expertise in a craft. The only reason why you might feel that something is a struggle (or will be one) is because you haven’t done it long enough, frequently enough, to experience all that it has to offer. Obviously in the beginning when you start on something, you won’t see the results you had imagined, but if you have faith and keep persisting through, even when you feel like giving up, you’ll soon come to realize that it’s not so bad after all.

That’s why I think it’s silly when people give up on their goals and dreams in a blink of an eye, because everything that they’re doing now has once been a struggle. They just have forgotten how difficult it was.

And you know, the struggle really isn’t as bad as we think it is. It’s, in fact, the only way we can truly grow beyond what we know and are, and if that’s what we so desire, then we shouldn’t look at struggle with dread but instead we should welcome it when we’re finally ready to take ourselves up a notch. 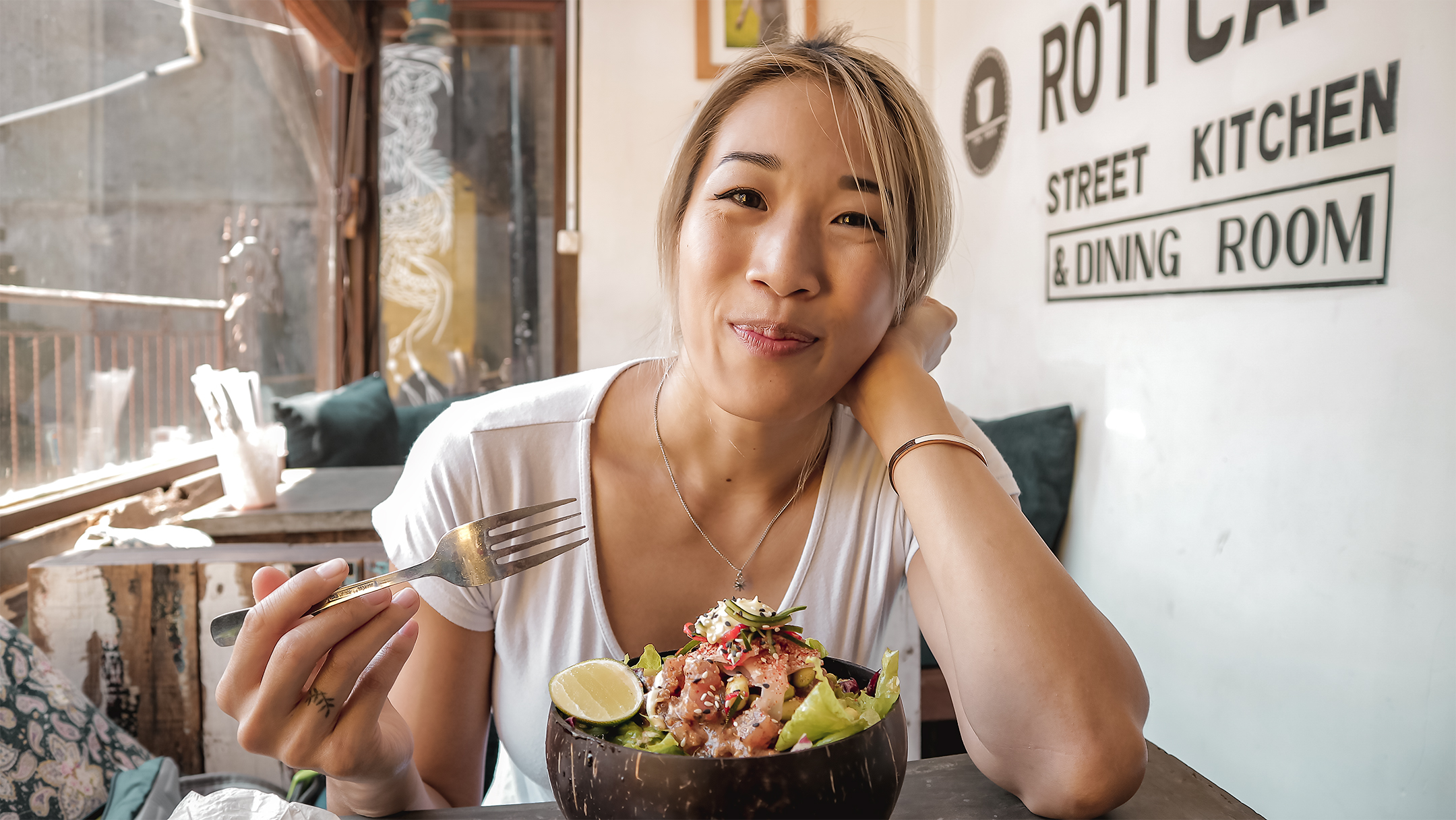 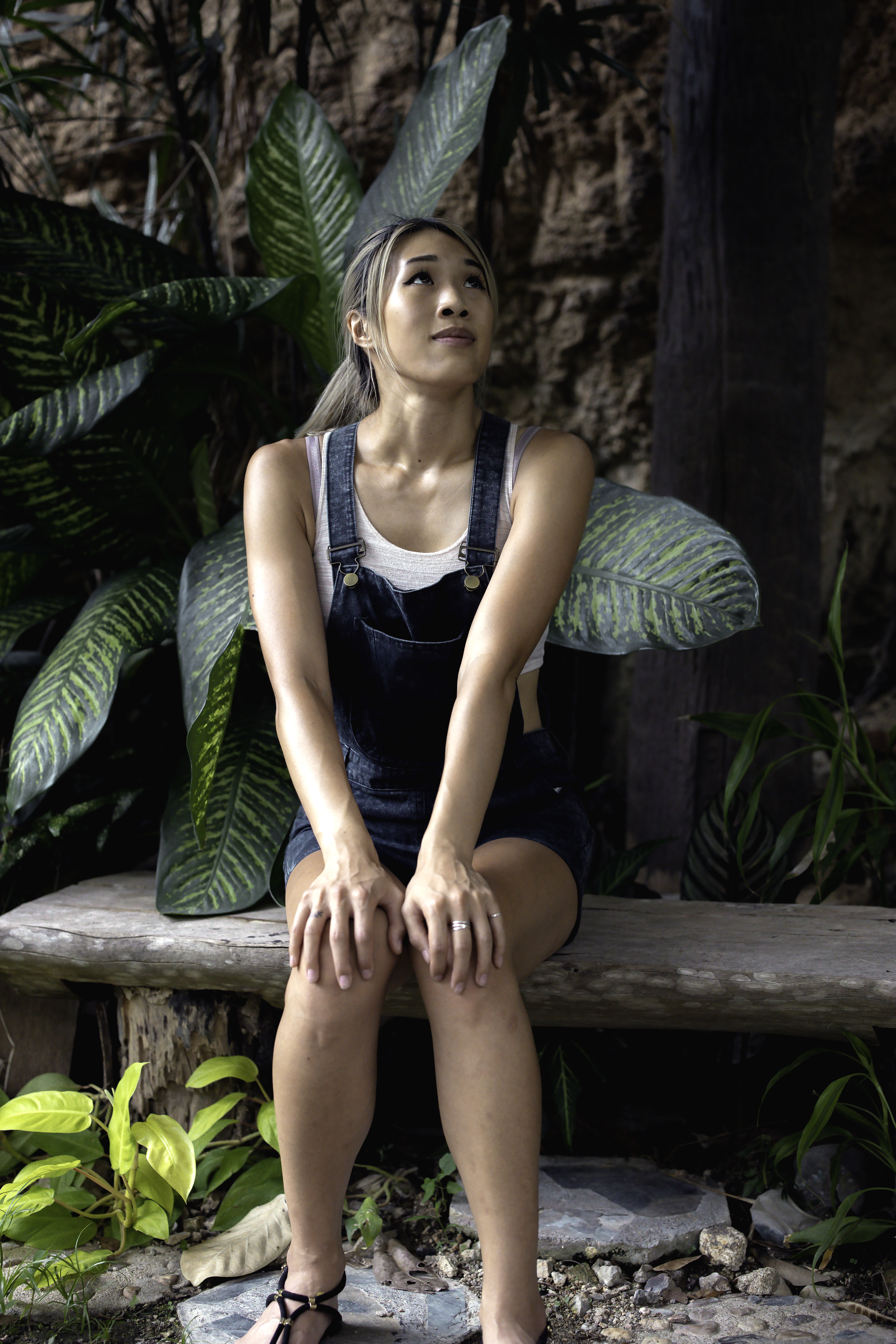